5 things to know about how coronavirus has hit global energy

The global energy market is experiencing its biggest shock in 70 years. Coronavirus has caused energy demand to plummet, dwarfing the impact of the 2008 financial crisis and leading to a record decline in carbon emissions, a new report from the International Energy Agency states.

Based on analysis of 100 days of data, the IEA projects that global energy use in 2020 will fall by 6% in what it calls a “historic shock to the entire energy world”. That’s the equivalent of losing the entire energy demand of India, the world’s third largest energy consumer.

Here are five things to know about the dramatic fall in energy demand brought on by the pandemic.

Global energy demand for the first quarter of this year fell by 3.8% compared to last year, the IEA says. With more than half of the world’s population (representing 60% of global GDP) under lockdown, the IEA says the impact on energy use will depend on how long restrictions continue.

Assuming only a gradual easing of lockdown measures, the IEA says global energy demand could fall by 6% this year. The decline would be more than seven times the impact of the 2008 financial crisis, bucking the trend for growing energy demand over the last five years. China, with eight weeks of lockdown early in the year, saw the biggest fall in energy demand, down 7% up to the end of March. In the United States, demand was down 6% in the first quarter of the year but the IEA says this was partly due to a milder winter before restrictions took effect.

Energy use in Europe fell by similar levels, but in Italy, which for some weeks was the epicenter of the European outbreak, electricity demand dropped by over a quarter.

Since full national lockdown has been imposed in India demand has dropped by almost 30%.

Fossil fuels bore the brunt of the fall in demand and the hardest hit energy source was coal. Restrictions on economic activity pushed global coal demand down by 8% in the first quarter of 2020, mostly down to a drop in electricity needs. Industrial coal demand also fell, especially in China as its coronavirus restrictions halted factory production. Restrictions on travel contributed to a 5% fall in demand for oil, with fewer cars on the road and a sharply reduced demand from the shipping industry. As airlines grounded their fleets worldwide and countries closed their airports to all but repatriation and cargo flights, jet fuel requirements fell by over a quarter in March.

Renewables were the only energy source to see demand grow in the first quarter, partly driven by new wind and solar installations coming on stream this year. They increased their share of the energy mix largely because they cannot adjust their output to match demand, according to the IEA. Falling costs of production and a pipeline of new renewable energy projects will see the sector increase its share of electricity generation throughout the year, says the IEA.

With falling fossil fuel demand and rising renewable use, the agency forecasts the biggest ever fall in CO2 emissions. Annual emissions are likely to match levels from ten years ago, with the fall in output six times steeper than the previous record reduction following the financial crisis in 2009.

Analysts say that demand in the global electricity market has “resembled that of a prolonged Sunday”, with the pattern of energy use on weekdays more like that normally seen at the end of the week. They add that a gradual easing of lockdowns will not produce an immediate rebound in demand as economic activity will remain depressed.

IEA analysis of data for 30 countries through to mid-April shows that the level of energy demand is driven by the length and severity of lockdowns imposed. Where a full lockdown is in force, energy demand has dropped by a quarter but partial lockdowns produce an average 18% drop. In addition to the stringency of the lockdown, the IEA says the makeup of a country’s economy also determines how badly energy demand is impacted with the worst effects being felt by nations with a large services sector.

The IEA forecasts that energy demand will contract by 6% this year, the biggest percentage drop for 70 years. Oil consumption alone will fall 9% - back to 2012 levels. Coal will be hit almost as hard, although a post-lockdown recovery in China is expected to partially offset cuts elsewhere in the world. Gas will be hit by reduced industrial activity and nuclear will track reduced energy demand. Only renewables will grow, extending the lead on coal-fired generation that was established in 2019. Get the latest News & Offers..

Signup for our newsletter to get the latest news, updates and amazing offers delivered directly in your inbox. 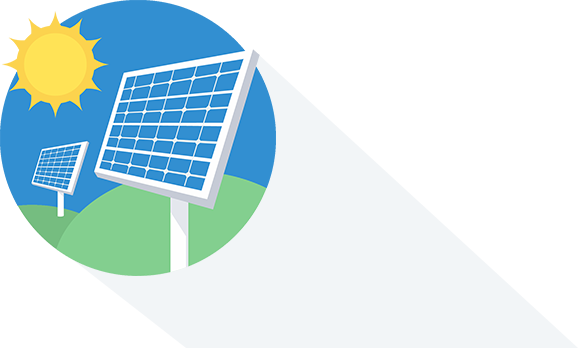